Over on Facebook, there's a thing going round where you are nominated to post the 10 albums that have influenced your musical taste. No explanation or review is part of the challenge, so I'm linking here in my facebook post to provide some background in the unlikely event of anyone wanting any.

First up: After the Goldrush by Neil Young 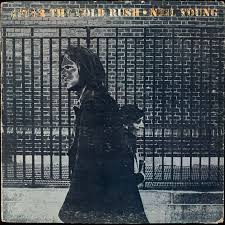 Neil Young is frustrating. His output has been varied and unpredictable, and at times really difficult to listen to. The first time I saw him live he was touring a strange album called Trans - lots of electronic effects, vocoders etc. Second time it was a mainly electric, but with a memorable but brief acoustic set in the middle.

When he is good, he is very good (but when he isn't...) It was in my first year at university that I first encountered Mr Young's output, and the early albums are really my favourites - Goldrush and Harvest are especially strong, although I often listen to the first two as well. After that, I'd suggest Rust Never Sleeps, Freedom and if you're a country fan Comes a Time or Harvest Moon. There's also a great early live release Live at Canterbury House, which is apparently an Episcopal Church chaplaincy centre.

But if you want to see Neil in action at his best, then the BBC in concert from 1971 is probably the place to go. Mainly tracks from Harvest feature. This kind of stuff made me want to improve my acoustic guitar playing.