Today we visit Motown. There are so many Motown compilations, but this is one I was given in the late 70s, and I still have it. All collections of this kind have gaps, of course, but this is a pretty decent set of 20 tracks, including Grapevine, Reach Out I'll Be There, Dancing in the Street, etc. 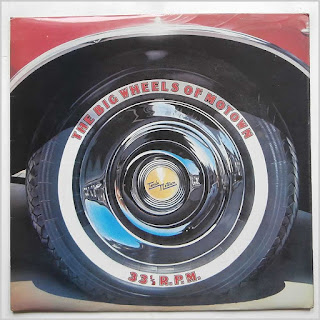 Back in 2001, we were visiting good friends in Dearborn, Michigan, so being that close to Detroit meant a visit to Motown Studios was irresistible. That part of town was still very much an African-American area.  The museum itself was surprisingly modest, with no official car park and very little signage, except for the one immediately outside. 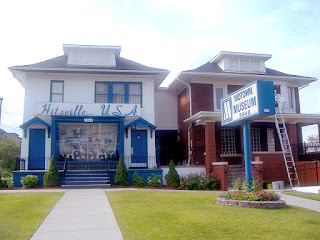 When we got inside, there were only a handful of people there, and it was only a few dollars to go in. We were immediately identified as Brits, of course, and the man who guided us round told us that quite a few of their visitors were from the UK. David Bowie had dropped in a few weeks ago, and Paul McCartney had also visited in his time.

The whole place is remarkably small and modest, yet all the amazing classic hits from 1958 to 1970 were recorded there, so the atmosphere was amazing. We were also showed the flat upstairs, where artists such as Diana Ross would pack records into boxes between sessions to be mailed out to record shops. In the 1960s in the US, racial barriers were still very real obstacles even in the music industry.

Oddly, despite the UK having plenty of racism of its own, the artists of Motown found it a very receptive place for their music, although things went slowly for the bus full of Motown stars working its way around the country in 1965. However, after national TV exposure on a Ready Steady Go special on TV, the chart hits started to follow.

I think my love of Motown come not just from the music and the memories of it being on the radio as a kid, but it also connects with a long-term interest I have had with the civil rights movement in the US, and the struggle for equality that these artists had to endure.

And it's a rare example of music that [almost] makes me want to dance...