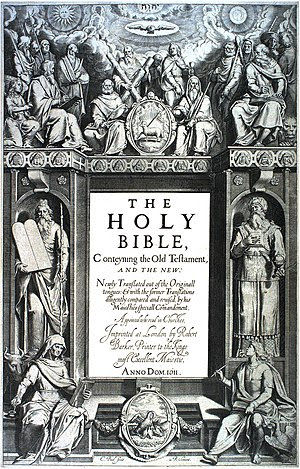 At last I have caught up, and this is blog post 5 on the 5th day of Lent (omitting Sundays as you do). In fact, I'm writing this in advance, so it will appear to be posted at 7am tomorrow!

The 2011 Trust website has announced a new project as part of its celebrations of 400 years of the Authorised Version of the Bible (or King James Version as it is often known). The idea is to broaden the appreciation of the AV from those with Christian faith to those who appreciate its literary style, and the huge influence it has had on forming the English language.

No surprises with some of the line-up: Andrew Motion, Patricia Routledge, even John Bercow. The eye-catching name in the list is Richard Dawkins. He chooses a passage from Song of Songs. It's just interesting that he was prepared to be associated with the project at all.

It is so lucky that i come here accidently, the aundant resources makes me excited,thank you!
By Jordan Sneaker

Excellent post. It was very helpful for me.I knew little in this part before,Thank you for sharing !

This blog makes me realize the energy of words and pictures. It's very beneficial for me， Thank you for sharing!

I just ran across your wonderful blog today.It's very beneficial for me, Keep coming up with ideas.